If familiarity bred contempt, Josh McDaniels and Dave Ziegler would really hate each other. The head coach and general manager duo tasked with leading the Las Vegas Raiders back to Super Bowl glory may be new to Raider Nation, but they certainly aren’t strangers to each other. Their friendship, dating back to college, has been well covered, and their shared chemistry is expected to form the backbone of the team’s front-office decision-making. But the roads they traveled individually to reach 1475 Raiders Way say as much about who they are as leaders as anything.

Explore their journeys to the Silver and Black below.

AN EDUCATION IN FOOTBALL

McDaniels enrolled at John Carroll University in 1995 with his eye on a degree in mathematics, but as the son of an award-winning high school football coach, he also got a full education in football. Even after switching from quarterback to wide receiver, McDaniels was allowed to sit in on coaches' meetings to play a role in the game-planning process.

It didn’t take long for Ziegler to make his mark at John Carroll. The wide receiver doubled as a punt and kick returner and became a three-time unanimous D-III All-American for the Blue Streaks. He also shared a unit (and later a house) with McDaniels, who said there were few D-III players as dynamic as Ziegler. "He was an explosive receiver," McDaniels recalled. "He was a track guy, so he could run. For a long time, [Dave] was the all-time leading returner in Division III history. He was fearless." To this day, Ziegler holds school records for punt return yards, punt and kick return touchdowns among others. 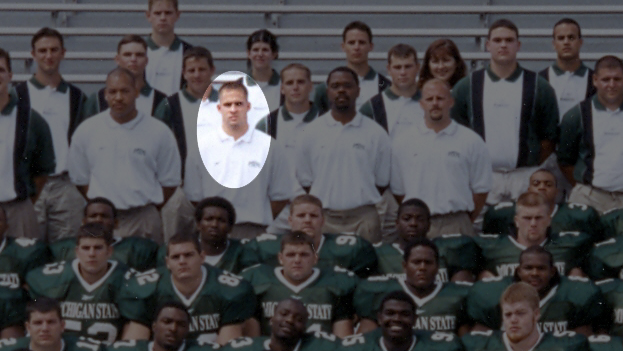 Shortly after graduating, McDaniels worked as a senior graduate assistant at Michigan State under head coach Nick Saban. In his only season at MSU, the Spartans won the Citrus Bowl. Not many coaches have had the luxury of working with both Saban and Bill Belichick, and that experience came full circle in 2021 when Belichick compared McDaniels to Saban: “[Josh] is kind of like Saban when we were in Cleveland. ... He knows what all 11 guys are doing on offense — what their keys are, what their adjustments are and all that — and he knows defensively how the guy is taught to play certain blocks or routes or reads and how to attack them.” 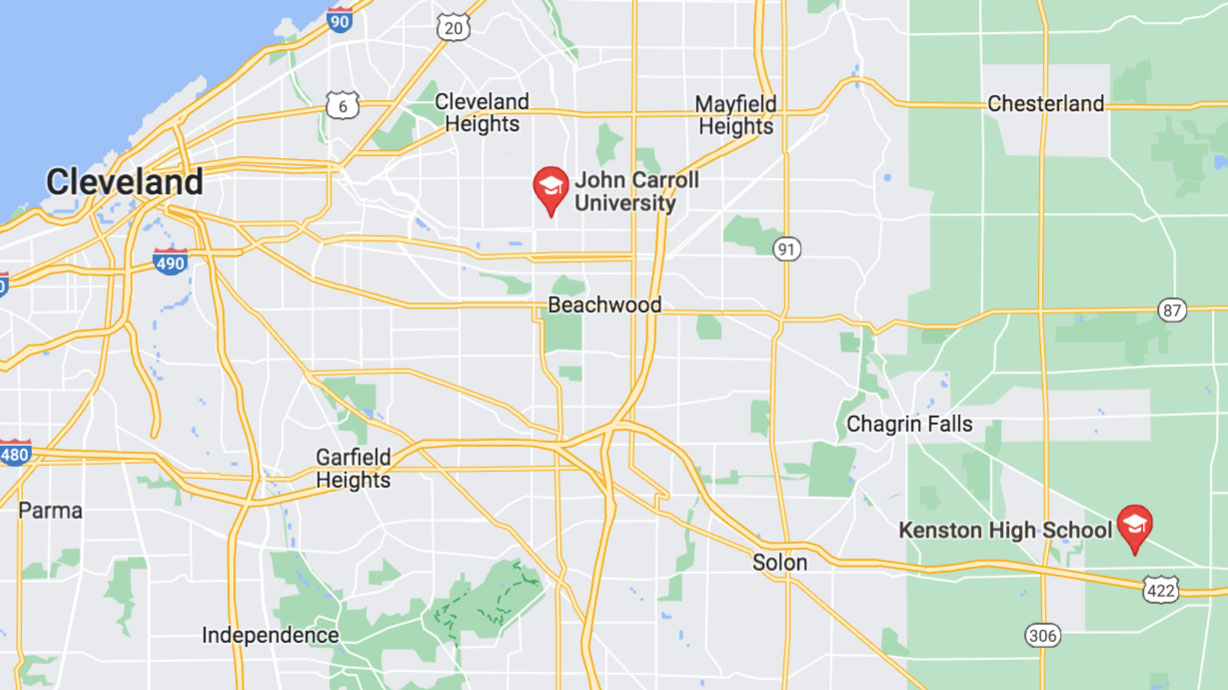 The Ohio native didn’t go far after graduating from John Carroll; Ziegler worked as an assistant at nearby Kenston High School before returning to JCU to coach special teams and receivers while he earned his Master’s in school counseling. Around this time, his knack for the limelight led to a series of blink-and-you'll-miss-him cameos on hit shows like Law and Order and The Sopranos, and after a short stint at Iona College in New Rochelle, New York, he was on the move again.

THE START OF A DYNASTY 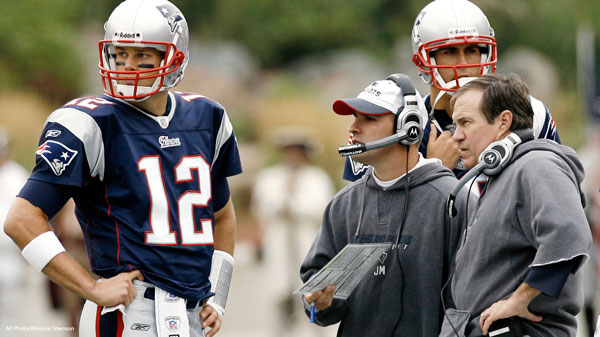 McDaniels was hired onto Belichick’s staff as a personnel assistant in 2001 — the same year a backup quarterback named Tom Brady kicked off a dynasty after winning a certain divisional playoff game — but he moved up the ranks quickly, first as a defensive assistant then to quarterbacks coach and finally to offensive coordinator in 2006. His rise coincided with Brady’s emergence, and in 2007, the two rewrote the record books as the Patriots’ offense set new league marks for points scored, most first downs, most touchdowns, most individual passing touchdowns and most individual receiving touchdowns.

A CHANGE OF SCENERY 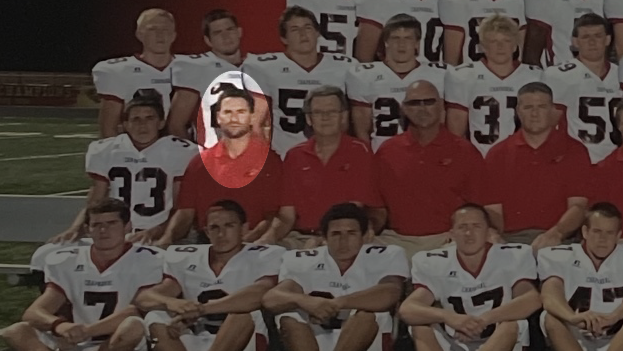 Ziegler rounded out his leadership education in the Valley of the Sun, where he served as a guidance counselor and special teams coordinator at Chaparral High School. "I'd say all those experiences in terms of how to deal with different people, how to relate to different people, how to communicate at a high level, how to show empathy, how to problem solve," Ziegler said of his time in Arizona. "I learned a lot of those lessons outside of football that have been really valuable to me."

McDaniels became the youngest head coach in NFL history when he was hired by the Broncos in 2009. After racing out to a 6-0 start in his first season at the helm, the Broncos finished 8-8 and McDaniels was let go the following season. "When I went to Denver, I knew a little bit of football," McDaniels said in January. "I didn't really know people and how important that aspect of this process and maintaining the culture and building the team was. ... Looking at that experience has been one of the best things in my life in terms of my overall growth as a person, as a coach." 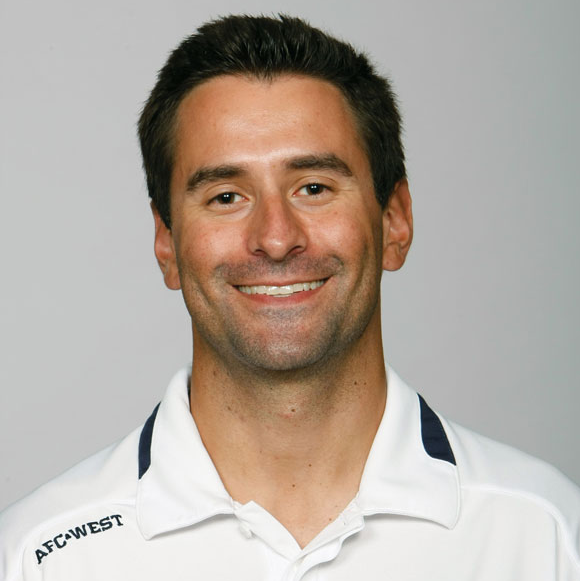 When Josh McDaniels accepted the head coaching job in Denver, one of his phone calls was to his old college roommate who leapt at the chance to work in the big leagues. Ziegler started in the personnel department, doing everything from filing scouting reports to picking up free agents from the airport. The long hours and hard work paid off; by 2012, Ziegler was elevated to pro scout, honing the talent and skill that would soon translate to Super Bowl victories.

A RETURN TO NEW ENGLAND 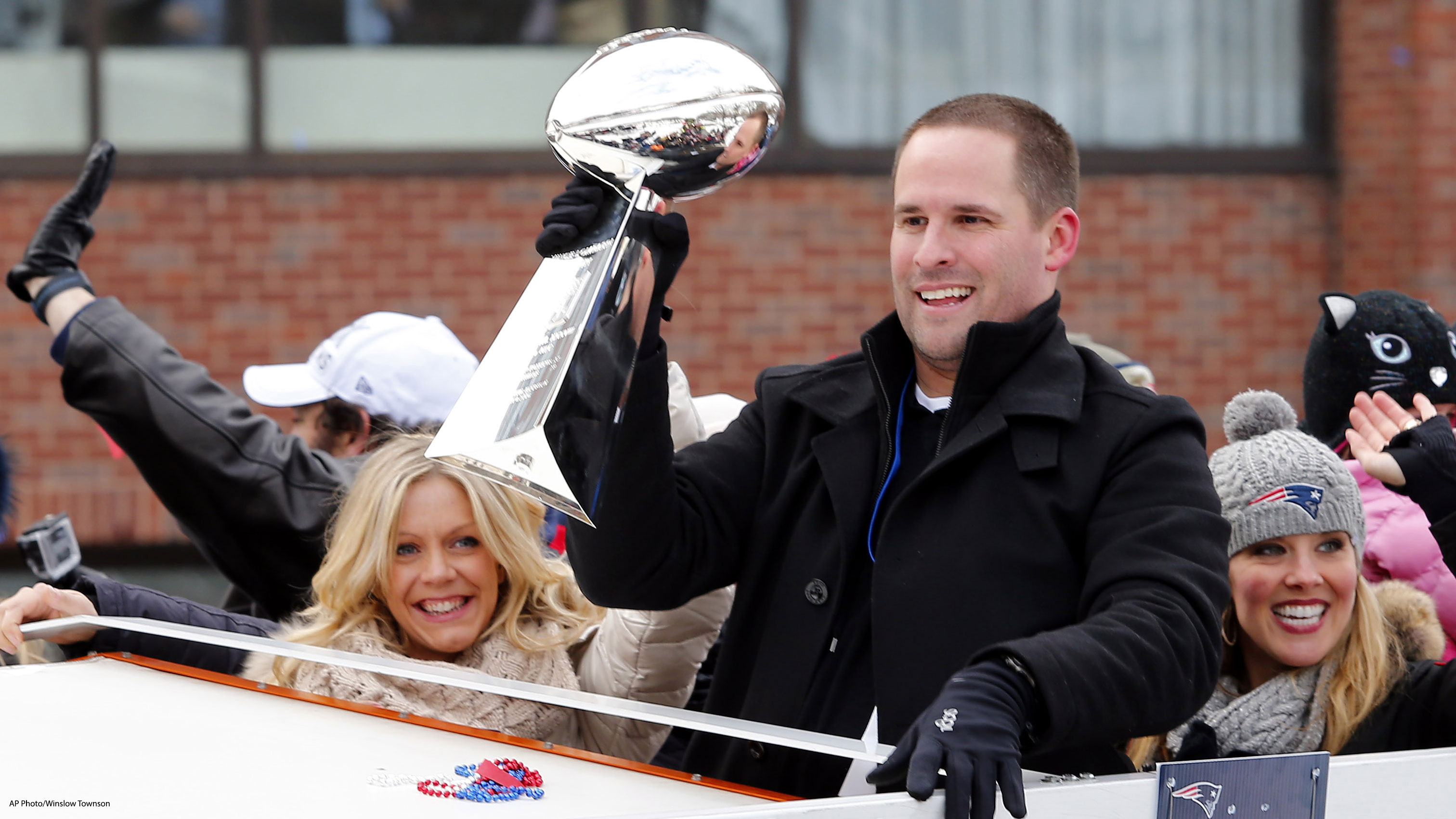 Following a season stint in St. Louis, McDaniels rejoined Belichick and Brady as offensive coordinator and picked up right where they left off, leading the league in offense in 2012 and 2017 and winning Super Bowls in 2014, 2016 and 2018. That unprecedented run brought McDaniels’ NFL title total to six and once again made him one of the most in-demand playcallers in football. 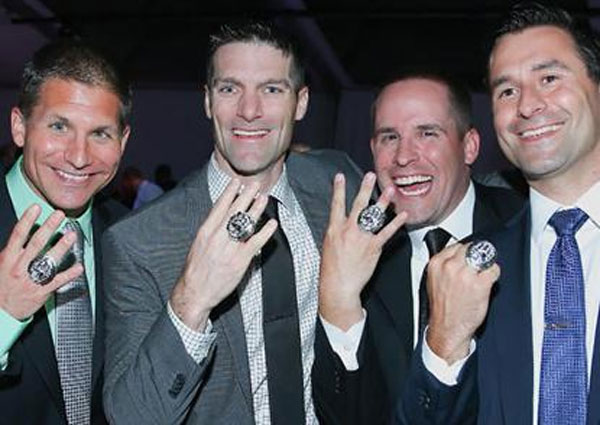 As Ziegler’s experience and proficiency in scouting grew, so did his contributions to the on-field product. After a promotion to New England, he was key in preparing the Patriots for their most recent three Super Bowl victories, as evident in the team’s Do Your Job documentary. His old boss Bill Belichick had been aggressive in retaining Ziegler’s talent as a pro personnel expert. That is, until another opportunity to work closely with McDaniels arose.

RUNNING THE SHOW IN THE DESERT

McDaniels was introduced as the head coach of the Las Vegas Raiders on January 31, 2022, alongside his old friend and teammate Ziegler. "To me, walking through this building and having a sense of the history and tradition of this organization and how much that impacts the day to day here, it really hit me," McDaniels said at the time. "This is one of those iconic places. It's a historic organization that has unbelievable history and tradition. It's in every hallway."

Now Ziegler’s job is clear: elevate a playoff roster to a championship level and win a Super Bowl for the Silver and Black alongside McDaniels. Depth and competition will be at the forefront of his priorities, and he understands that doing this job for the Silver and Black isn’t just any opportunity. "It harkens back to a phrase made famous by the late Al Davis, there really is a commitment to excellence when you walk into this building and when you walk into the stadium."

Swipe right to left to browse recent news and videos.